The other week I headed to the theater with my bestie, Helen.

Before you think you have read this before, this is a second trip in a matter of weeks to our local theatres, the first was to see “An Evening With Agatha Christie and Lucy Worsley” 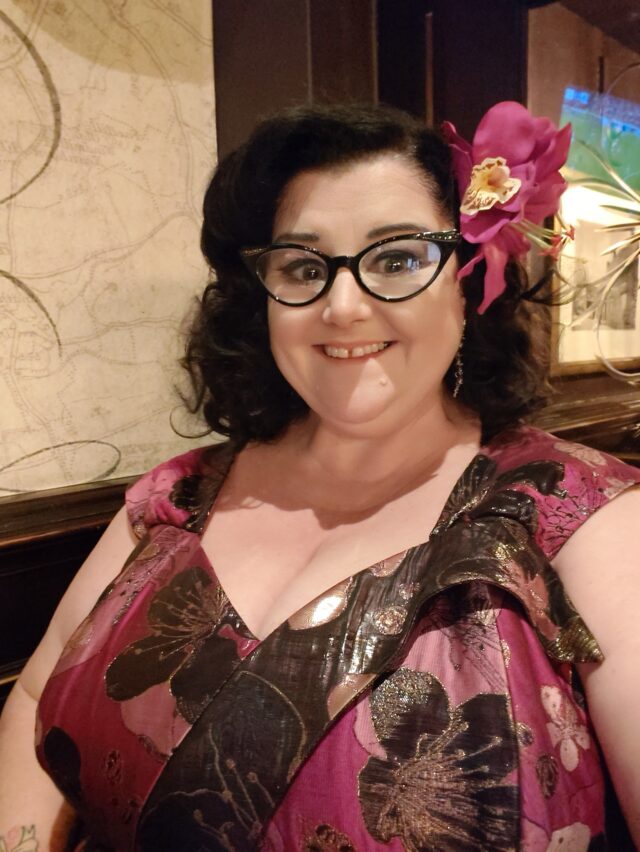 An evening with Agatha

If you missed that, you can catch up on it here

This time we were going to our closest theater to see a murder/mystery play called “Crimes on Center Court”. 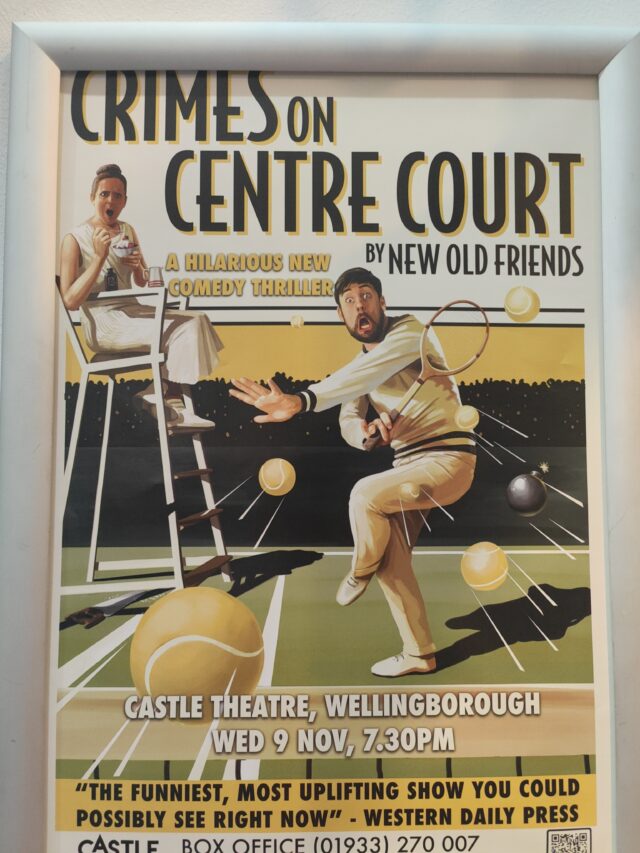 We had booked the tickets several months ago and finally it was time to see the show, which I would describe as a laugh a minute thriller with a lot of farce thrown in.

Helen told me that the whole play consisted of just four actors.

All ready to go

Now, whilst I completely believed her, I didn’t know how that would work at all!

I was soon to find out when four “bushes” shuffled onto the stage and started to sing a prologue for the show. They then moves around various parts of the set to create a different location/room. 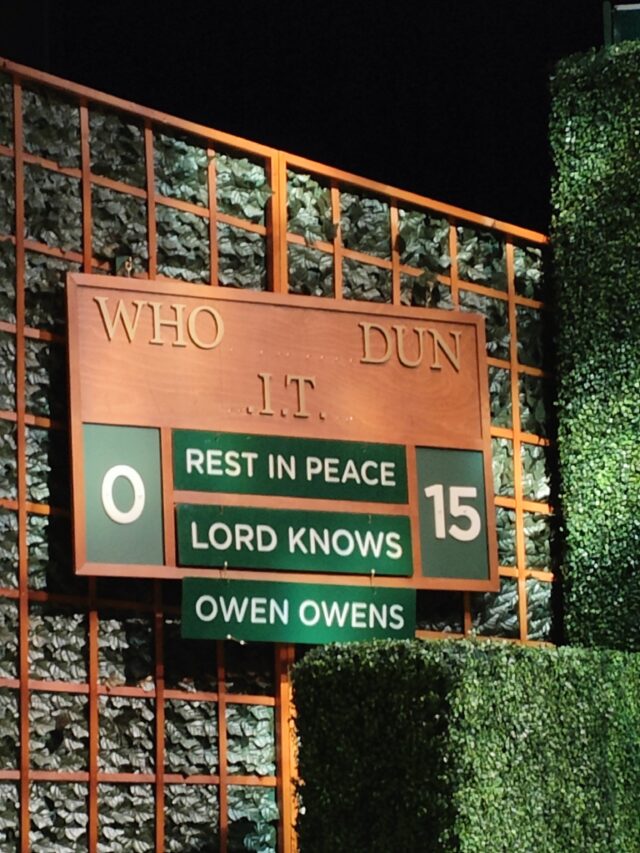 There was literally the four actors, five moveable set pieces and a curtain in the middle of the outer set. I was completely intrigued as I just didn’t know quite how they would entertain us for around 90 minutes.

I can honestly say I was absolutely blown away by what the performers managed to do with the simple bits of set, turning them into changing rooms, cars, offices and more with just the addition of a roller blind or a steering wheel that was just held in an actors hands! 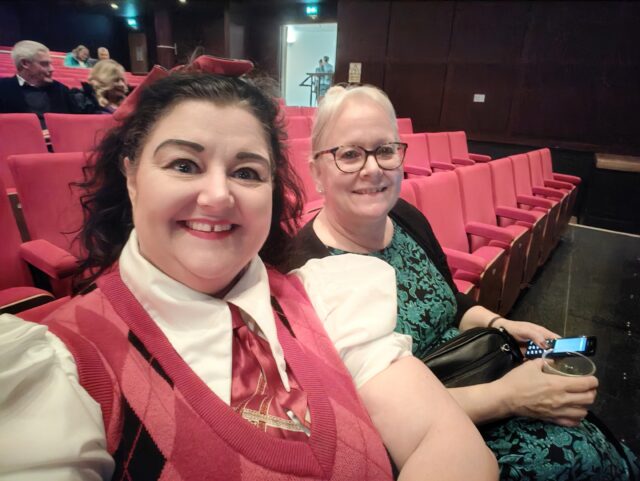 The show was a little silly and a lot of good clean fun; a cross between a panto and a farce. It had some over the top characters that made us laugh out loud.

Every so often the bushed made an appearance and sang a recap and that was brilliant beyond words, whilst also making you ask yourself ‘What on Earth am I watching? 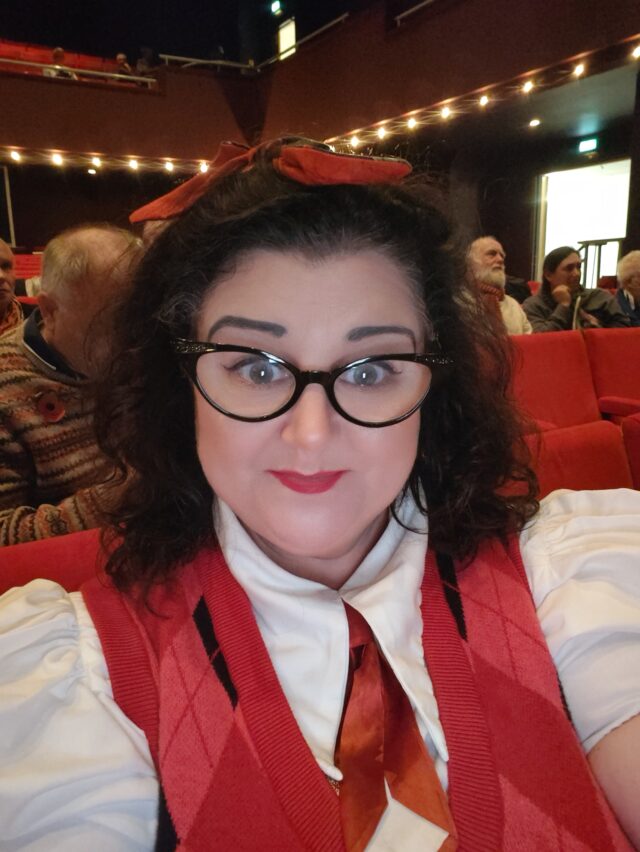 Well, what I was watching was bloody funny and had a very twisted plotline. I was convinced that I had worked out the killer but it was completely and utterly wrong.

All in all, we had a brilliant night and if the show gets to your area, I highly recommend giving it a go! 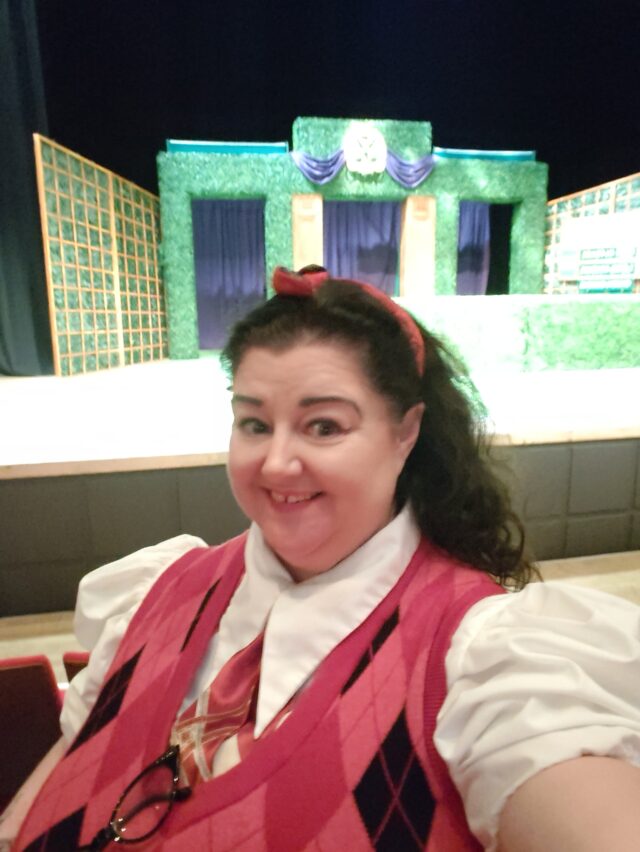