As you may know, I was off to Italy with my bestie Boo for an 8 day adventure of the best kind.

Basing ourselves in Bologna for the whole duration, we had plans to visit several other locations whilst away and see as much of the Country as we possibly could. 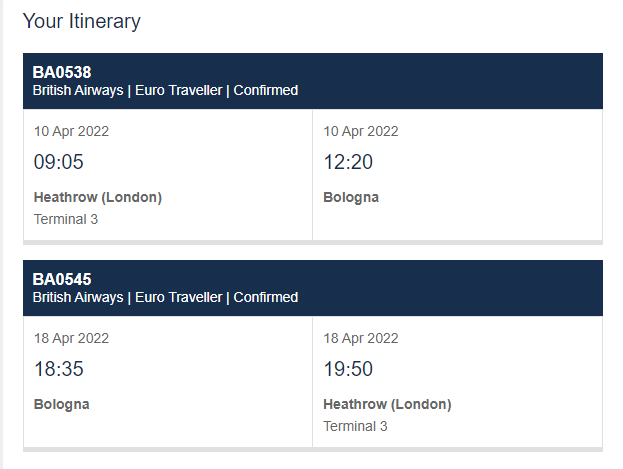 So, early on a Sunday morning we hit Heathrow at around 0700 for our flight which was leaving at around 0905 which meant we would get into Bologna airport at 1220 local time.

Boo had thankfully arranged for assistance and I am still very unstable with my knee and the sheer size of airports leaves me struggling. Arriving at the check in desks the fabulous BA staff were quick to take our cases and made a few calls with regards to the assistance that I needed. 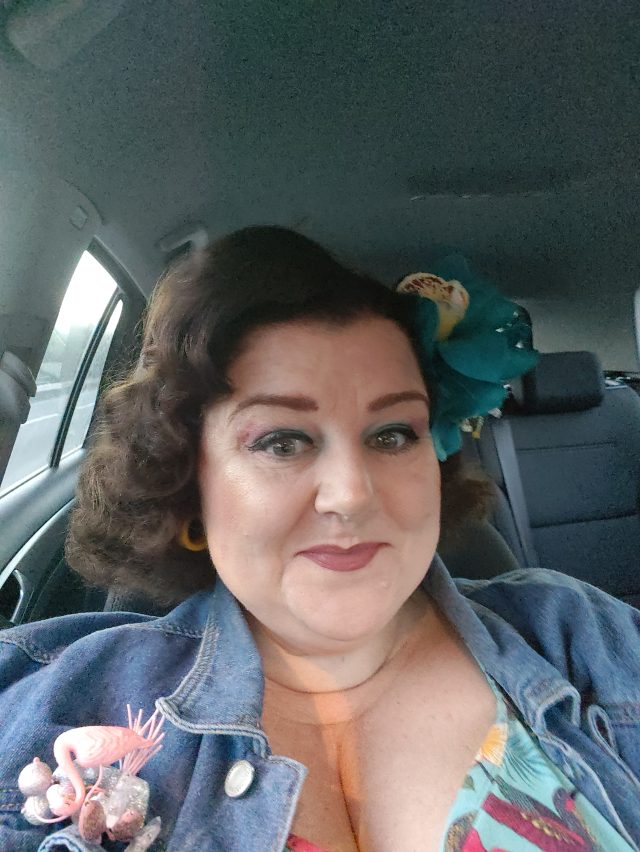 We were directed to sit in a specific area and told that a colleague would come along soon and take us through the airport with the least amount of struggle.

About 10 minutes later, a young man came along with a wheelchair, took our boarding passes and advised that he would get me to where we needed to be. 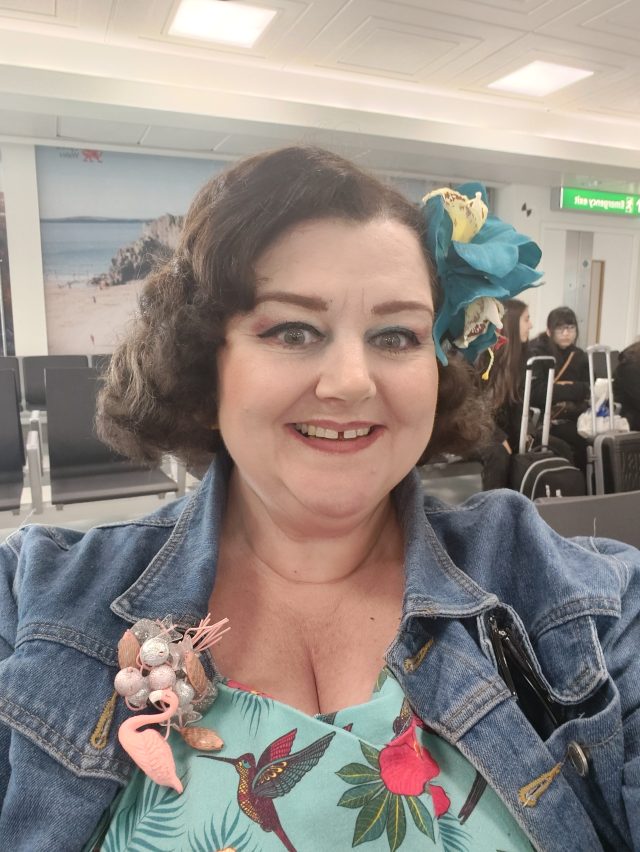 In The Assistance Area

Chatting amiably we made our way through security, passport control and even duty free. He popped us into the departure area and advised he would be back around 40 minutes before departure to get us boarded on the plane.

We sat chilling out and before I knew it, the time had passed and our assistance popped back to get us onto the plane.

As we were boarding first, we were taken to the front of the plane and allowed to walk on without making people wait or struggling to get past a packed plane. 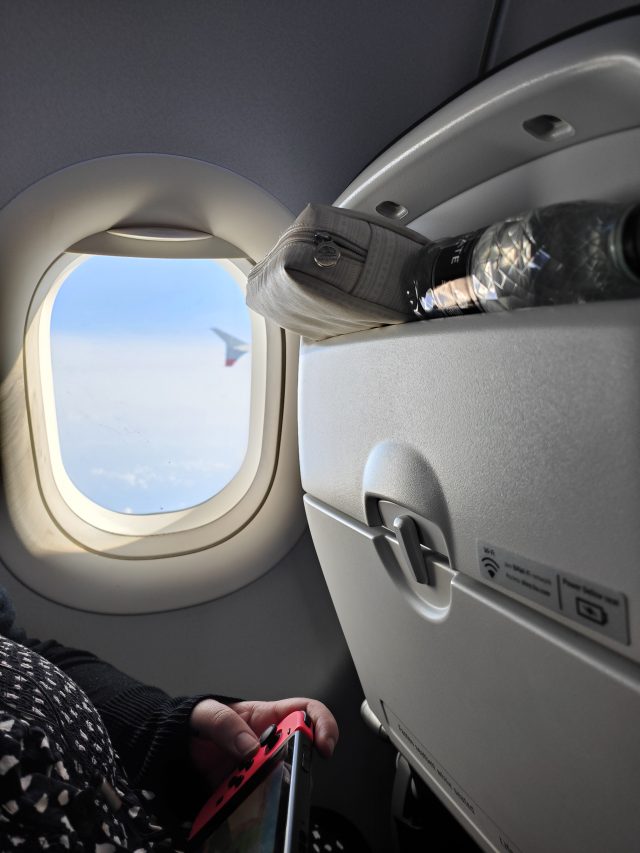 Our seats were quite near the back and so this was a lot easier all round.

The flight was relatively smooth and short; 2.5 hours so perfect for a short haul holiday. 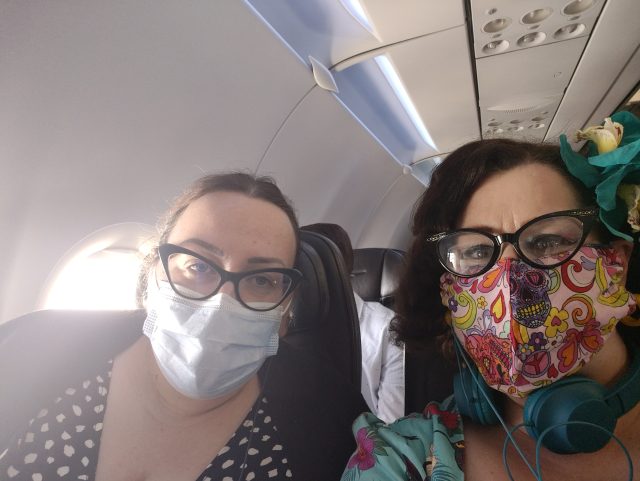 We were helped at the airport by the Bologna ground staff and again taken through security and passport control. Lastly we arrived at the baggage carousel and the cases were quickly collected. 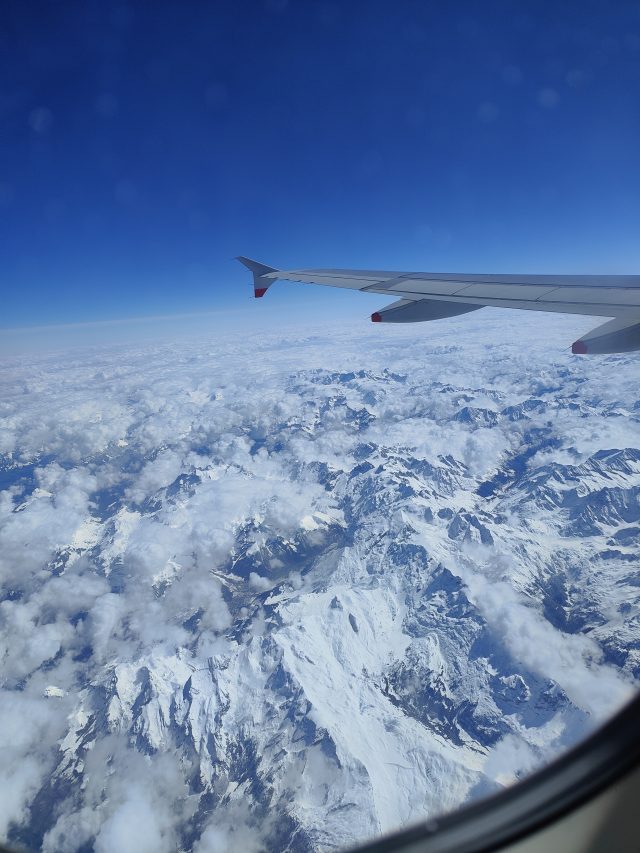 Exiting the airport we walked towards a line of taxis to get taken to our hotel, Al Capello Rosso.

Based in the center of Bologna, the hotel is a small boutique hotel with many unique selling points. The hotel has been offering hospitality since 1375 and has only 33 rooms. 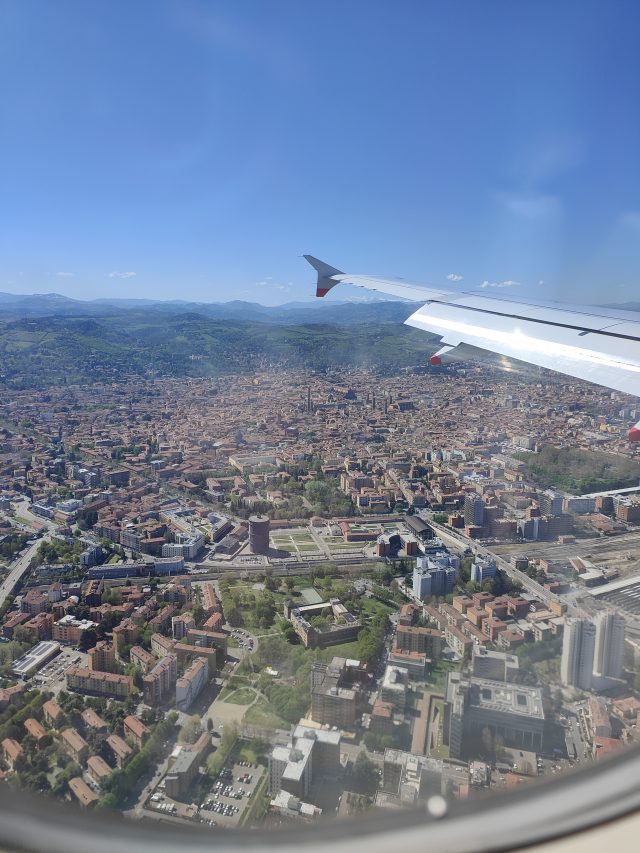 Coming In To Bologna

These are all decorated by world famous artists and set designers who come every year for the BilBOlbul comic festival. 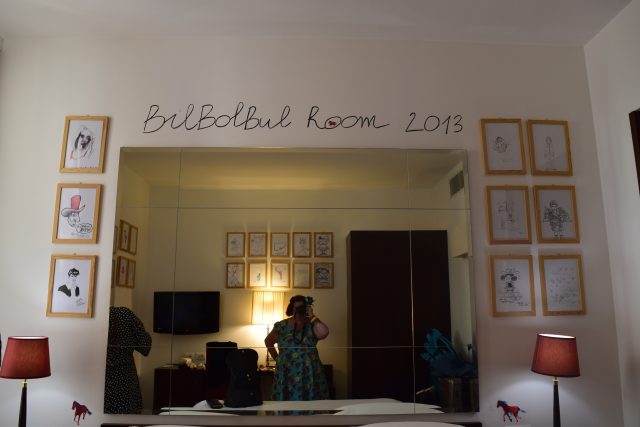 In gratitude for the hospitality offered to them, each room has a different décor and theme. Lots of framed photographs and individually designed areas really set the hotel apart from the rest. 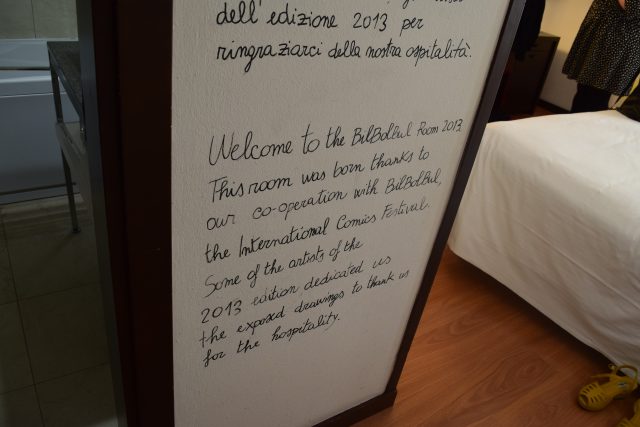 Such a Wonderful Dedication

Anyway, we had arrived a little early for check-in, so the wonderful reception staff took our bags and stored them securely which meant we were able to have a little wander around the old part of Bologna that the hotel was based in.

Tiny little streets and back alleys took you right into one of the main squares, Piazza Maggiore. 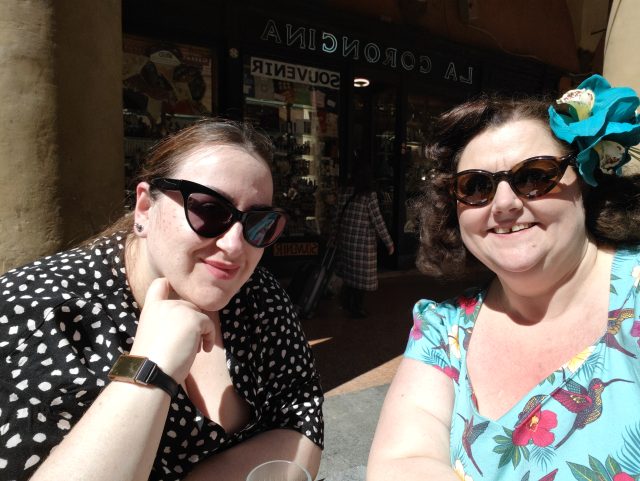 In The Piazza Maggiore

We found a little café and sat in the sun for awhile sipping on a cold drink. The waiter bought out a complimentary bowl of hand made crisps and they really hit the spot.

We ambled about for a short while before heading back to the Hotel to get into our room. The reception staff had already taken our cases up to our room which was on the first floor. 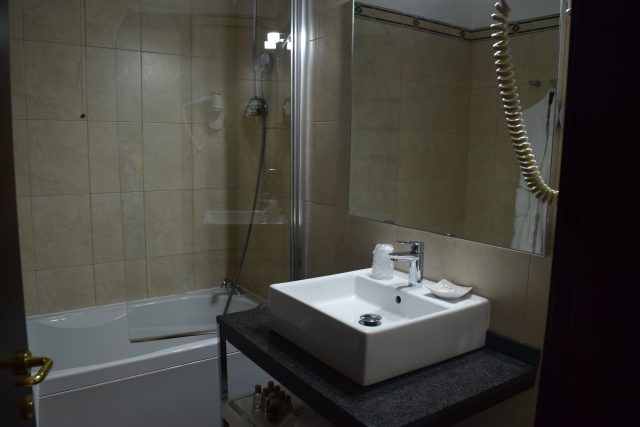 Our room had been decorated during Bilbolbul 2013 and there were numerous frames around the room all depicting cartoons based on the name of the hotel, The Red Hat.

The wall also featured little red horses and plant life and it certainly was unusual. The room was actually very spacious, with a large window that opened onto the main street outside. 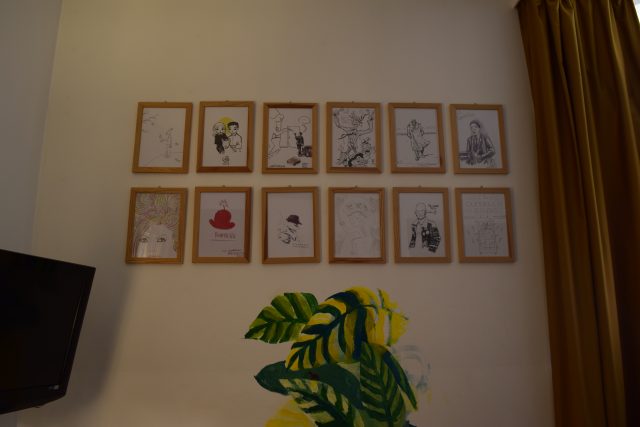 Dedicated By The Artists

As with most European hotels, the bathroom was beautifully appointed with a bath/shower, toilet, huge sink and bidet.

The only small issue was that we had asked for twin beds, but the room had one large bed! 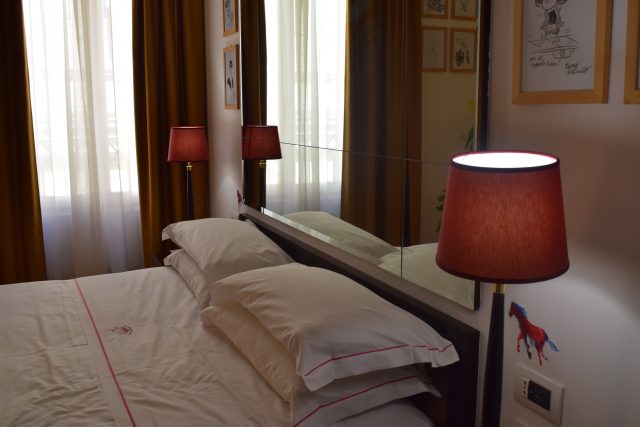 Boo popped down to reception and within 10 minutes housekeeping had come up, split the beds and re-made them with individual bedding. So very efficient and exceedingly lovely staff.

We took the opportunity to unpack our belongings and then settled down for a little nap as it had been an early start and we had already fitted quite a lot in. We decided to try and eat at the hotel on the first night.

Sadly we were foiled as they were completely booked up and advised that a reservation would be required. 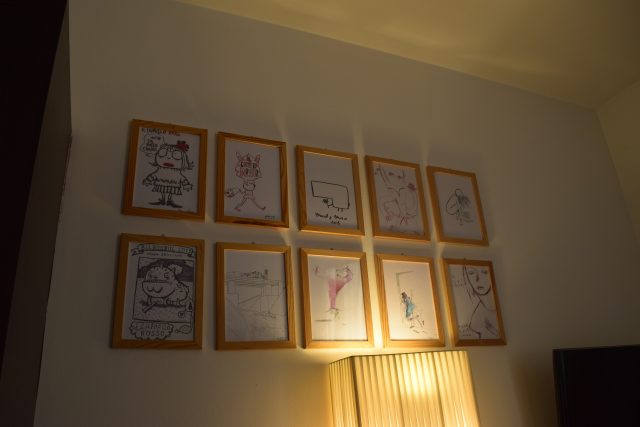 We decided to ask the receptionists for any local recommendations. She was so very helpful and told us of two that she especially liked; Da Cesari, and Da Nello al Montegrappa.

We headed out and decided to give Da Nello a go as it was only a five minute walk from the hotel. Arriving at the front of the restaurant we asked for a table for two. 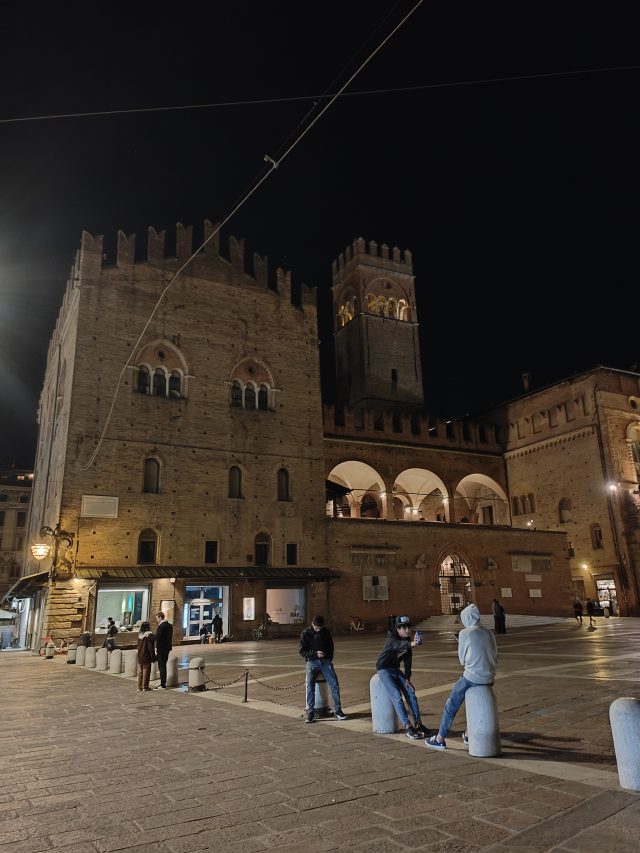 Starting to slightly panic that we would struggle to get anywhere to eat, there was always the consolation that there was a McDonalds nearby as a VERY last resort. 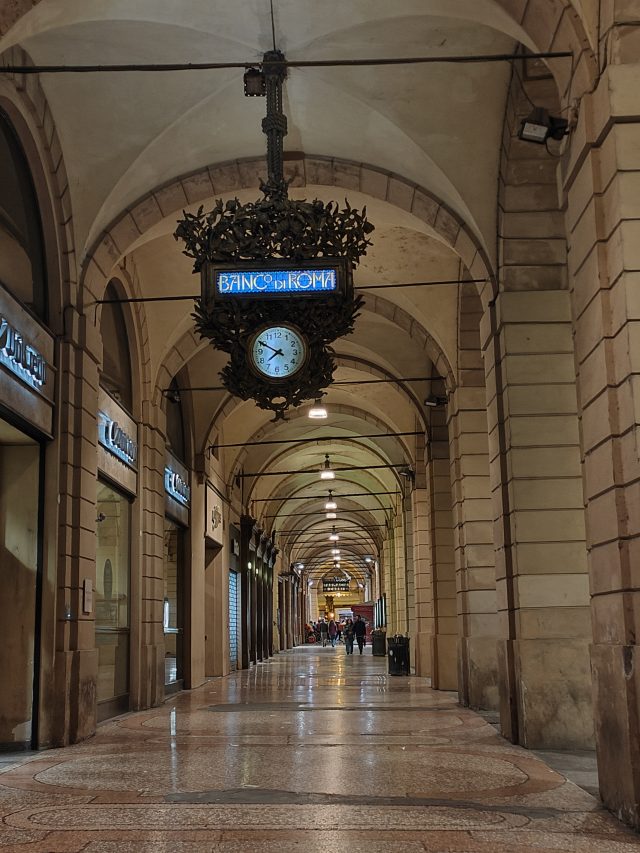 Going a little further down the same road we came across a restaurant which seemed to have some spaces and Boo did a quick look on the internet to see if it had good reviews.

It did, so we popped inside ‘Incrocio Montegrappa’ to see if we could get a table. 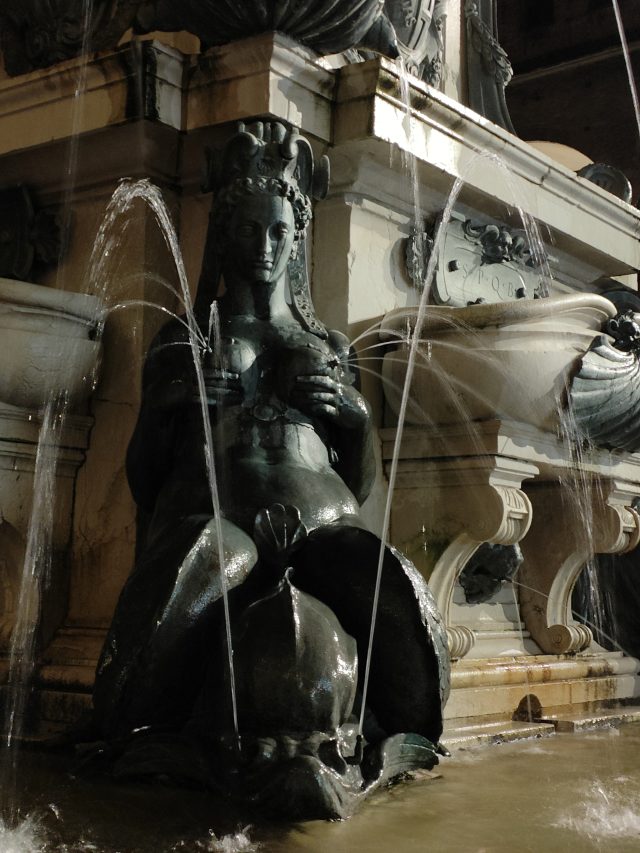 Thankfully they said they could fit us an and we sat down and were given a rather large menu.

Given that this was the first night of our holiday, I intended to start as I meant to go on and eat something specific to the region; Stinging nettle pasta with cream, saffron, bacon and pecorino cheese. 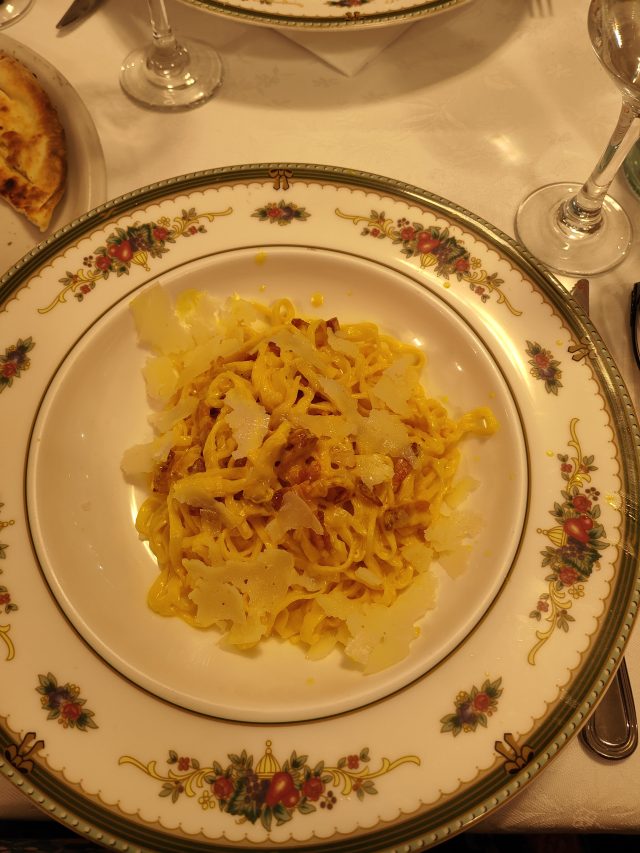 This meal was also the first time we realised what oddities we were in Italy!

Being tee-total, it was hard to explain that we didn’t drink Wine. After dinner, complimentary Limoncello liqueur was brought to the table which we also said no thank you to. 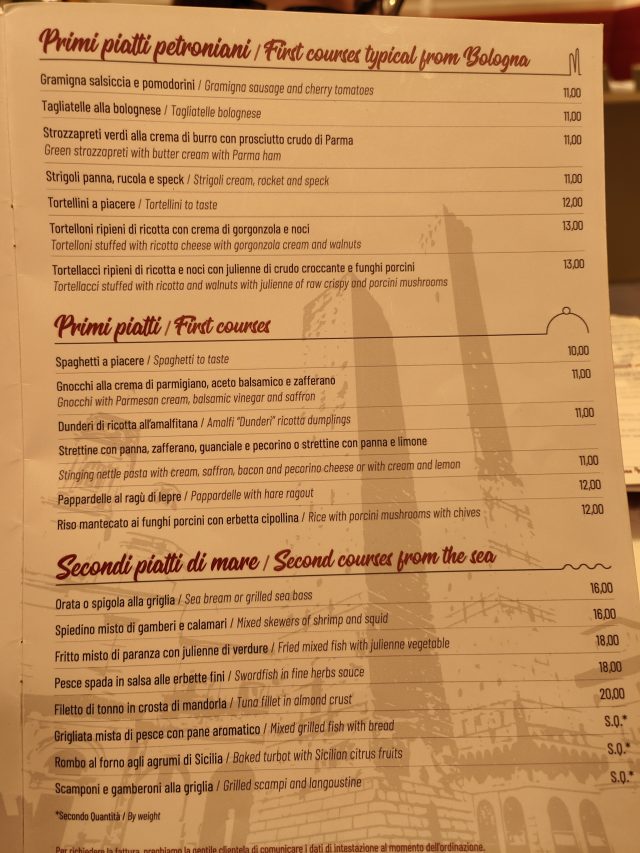 Coffee was another drink that neither of us really liked, so again thanked them and said no. The strange looks we got were amusing; almost looks of disgust.

What was even funnier was when the waitress brought the Limoncello back as the owner was watching because he didn’t believe we could have refused it! 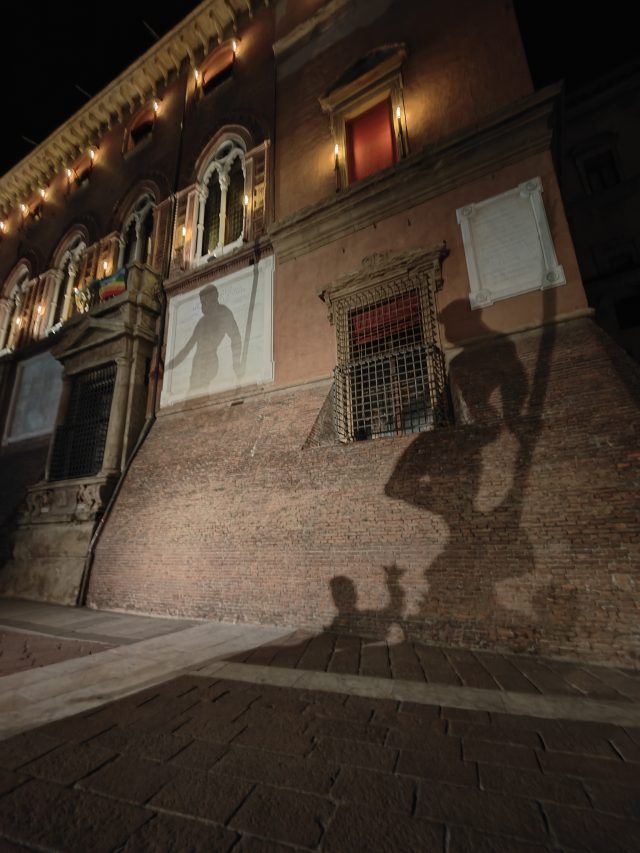 Super Shadows of The Neptune Fountain

All in all, it was a wonderful first meal and we slowly walked back across the piazza taking scenic photos as we did.

I would love to say we sat in a café chatting and sipping espresso but we hit our beds hard! 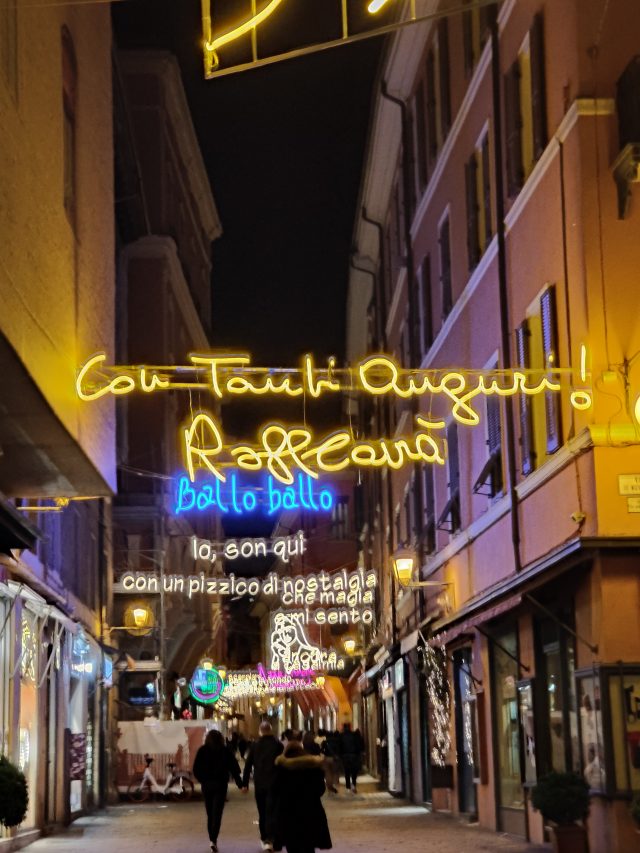